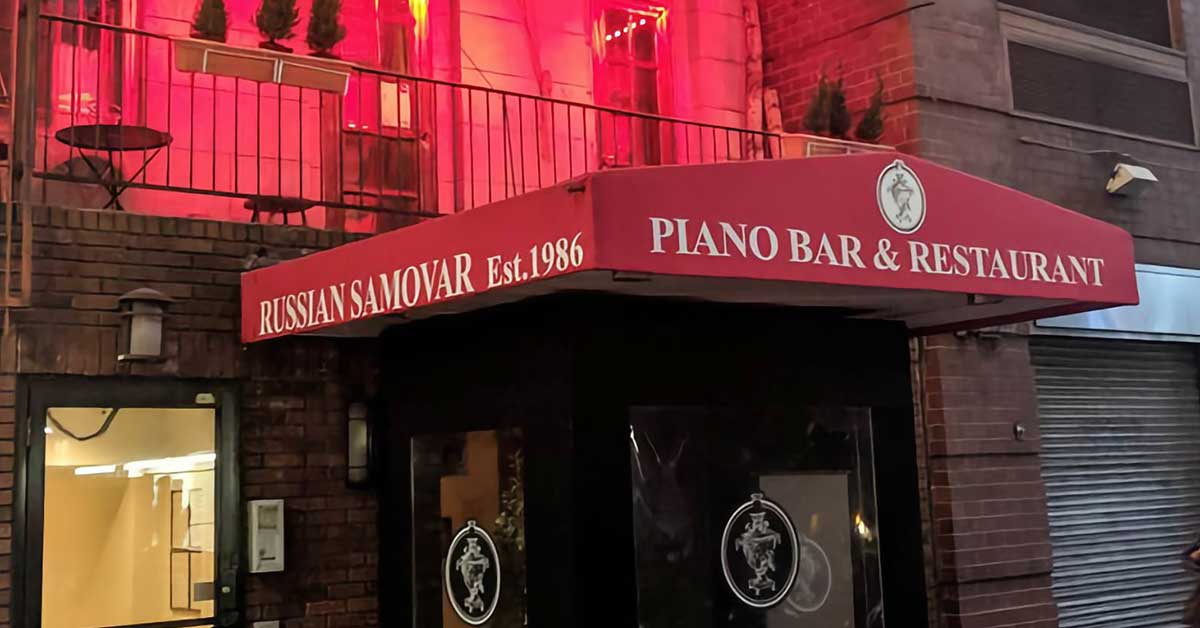 A family run restaurant in New York City was recently subject to attacks and harassment as a result of the Russian involvement in Ukraine.

Russian Samovar, on W 52nd Street, is run by three generations of the same family and has been a staple in the New York City based Russian community for generations. However, for a number of weeks now attacks and vandalism have caused workers and owners alike to fear for their safety.

The restaurant prides itself on being well integrated within the local community, acting as a safe haven for dissidents who have been exiled from Russia. Russian Samovar had even been planning a fundraising day to raise money for Ukrainian refugees who had been displaced by the crisis in their nation. The family in charge of the Russian eatery were quick to ask Conflict to provide security to allow the fundraising event to run smoothly and ensure as much money as possible was raised for the refugees.

Conflict’s Andrew McLaren personally undertook this task and completed a 14 hour drive prior to starting his first shift: “I have known Vlada, her Ukrainian husband and their 3 grown kids for many years, they are great people with warm hearts. When I arrived it was clear that the staff feared for their safety as attacks against the restaurant became all the more regular. It was a rewarding exercise to be able to ease their concerns and play a part in preventing anything more sinister from occurring. This is what Conflict International does, tackles problems globally, and steps up to the plate in austere environments.”

Andrew’s efforts were picked up in the press, with Business Insider reporting on the struggles faced by the restaurant before security was implemented. “The war has people understandably upset, and I get that. But this misdirected anger is hurting the wrong people. Modern culture doesn’t always stop and think; it just reacts.” Vlada Von Shats, the co-owner of Russian Samovar says. “A friend of mine, who is a former Marine living in Tennessee, came to New York to provide security to us at no cost. He said it was the least he could do given the situation.”

Andrew has been with Conflict since 2019, and is a veteran of the US Marine Corps Anti-Terrorism units having been deployed to Baghdad, Iraq, Liberia and Monrovia. He has successfully worked in over 70 countries across 5 continents as a security consultant and was the perfect man to tackle the job in New York. Andrew went over and above and conducted his work pro bono, staying and conducting security outside Russian Samovar the day before and the day of the fundraising event.

To enquire about our stateside security offering, please get in touch with Andrew McLaren via email here.